By Michael FitzmauriceMay 19, 2017No Comments

There is speculation in political circles over the past couple of days that various promises are being made in the election campaign to become the new leader of Fine Gael and Taoiseach to secure support. Such promises are always made in the heat of an election campaign but as we know a lot of these promises are forgotten about once the election is over. From my own experience for instance some of what was agreed in the Programme for Government last year has not been delivered upon and it is probably naive of anyone to depend on the delivery of promises which come during election campaigns.
However in the current campaign and with the chronic situation in our health service particularly in the West, with massive delays at the A and E in Galway and Ballinasloe and the shortage of staff and resources, suggestions of a possible re-opening of the A and E unit at Roscommon County hospital have been rumoured as a promise that may have been made. If that rumour was true it would be very welcome news indeed, equally however this may not be true at all but it would be no harm to hear clarification on this very important matter from Fine Gael representatives in the region either way. 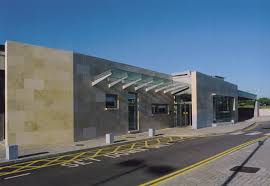