By Michael FitzmauriceFebruary 24, 2017No Comments

While the announcement this week from Norwegian Air of cheap flights from Ireland to the USA is welcome for consumers, it does noting for regional development at all and Knock Airport is excluded from the deal which is very disappointing.

This announcement was in the pipeline for a number of months past and it was flagged that Shannon and Cork Airports were the ones most likely to benefit. However when the announcement was actually made this week it is revealed that Dublin Airport will get 12 flights a week which is almost double that of Cork and Shannon who will have just four each. Dublin Airport is operating at near capacity at the moment and this is a very dispapointing decision in terms of regional development.

Remember that the Taoiseach Enda Kenny is from the West and Mayo, and Michael Ring, also from Mayo, was the Tourism Minister for five years makes it all the more disappointing that Knock was not considered as part of this package. Norwegian Air got plenty of politicial support for their plans and now we find out that Dublin Airport is the main beneficiary which was not mentioned all along. Either we are serious about regional development or we are not. Several recent reports have pointed out the economic imbalance between the Dublin,East Coast region and the rest of the country, and this was a chance oi address that imbalance in a small way but once again it was not taken.

Once again Dublin and the East Coast get the cream while the crumbs are given to the rest of the country. This is good news for the consumers and for Cork and Shannon airports to a lesser degree but it is another huge boost to Dublin Airport which already has an almost total monopoly and doesn’t need it. It is another sign that the Government are paying lip service to regional development and nothing more. 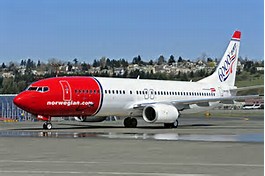