By Michael FitzmauriceAugust 31, 2017No Comments

Over the past few years in particular, the Government, as part of it’s campaign to cut down on the use of fossil fuels, has incentivised the use of electric cars, however unless the infrastructure is there to support the use of these vehicles, they are wasting their time.
Within the past two weeks a constituent who lives in the East Galway area and who drives an electric vehicle went to a function in Mullingar. Before they left they identified three charging points in Mullingar. When they arrived at the first charging point it was out of order and there was no sign telling people where to go, or whether is was going to be repaired. They proceeded to the second charging point which was also out of order but there was a notice on it with a phone number. They were then directed to a third charging point which was much slower than the other two and as a result the person in question did not arrive home until the early hours of the morning.
My office and the person in question contacted the ESB and we told them that four days after this experience we were aware that both charging points in Mullingar were still out of order. They replied that they were unable to repair the first charging point and could not replace it as the pilot programme funded by the Commission for Energy Regulation was now over and that all available charging units had been deployed. The other charging point was reported to their engineers and was under consideration for repair we were told.
The ESB also told us and I quote……..
” As a way of background, we are currently awaiting a decision by the Commission for Energy Regulation (CER), who funded the initial pilot roll out, on the future ownership of the electric vehicle network in Ireland. While we are waiting for this process to conclude, we are not in a position to purchase or install new infrastructure. We are continuing to maintain the charging infrastructure and 24/7 customer service”
The above statement from the ESB is quite incredible given that the Government are providing incentives for people to buy electric vehicles. From the above statement it is clear that the charging infrastructure is simply not there at worst and it is unreliable at best. There is also a question mark over who will fund future charging infrastructure around the country. At the moment it is free to charge an electric car but how long will that continue as it is expected that the ownership of electric vehicles is set to grow. Who will fund the thousands of extra charging points that will be needed all over the country?
There is little point in urging people to use electric vehicles if they cannot charge them or indeed that they need to be charged after a short journey from the East Galway area to Mullingar. We need to seriously review our policy in this regard to see if it is viable. 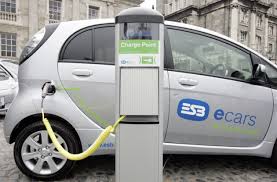