By Michael FitzmauriceMay 24, 2017No Comments

The latest figures which show that 2,520 children are on a waiting list for an initial assessment for mental health services, and that of that huge figure 10% are waiting more than a yea,r shows once again that our mental health services are in chaos and I am once again calling on Minister Harris and Minister McEntee to address this unacceptable situation immediately.

It has been proven that delays in accesssing treatment can do permanant damage to children and the situation as it stands simply cannot be allowed to continue. Apart from that, we have a situation in Roscommon where there has been no child psychologist for the last 12 months. In addition there is still no sign of the report into mental health services in the county to be published despite assurances that the report would be published at the end of March and here we are two months later.

It’s time the Government, the HSE, and the relevant Ministers stepped up to the plate on this issue which is so important to so many vulnerable people in our society. I am asking Ministrer McEntee to make a statement on what they intend to do to address the waiting lists for children and to ascertain when they are planning to publish the report on mental health services in Roscommon. 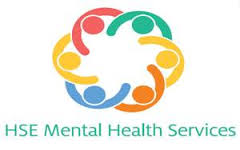