By Michael FitzmauriceFebruary 16, 2017No Comments

The CETA free trade deal between the EU and Canada which was passed this week in the EU parliament by 408 votes to 254 it represents a serious threat to the agriculture industry here and the agri-food sector and the beef suckler herd in particular.

Our four Fine Gael MEP’s including Mairead McGuinness voted for this deal with all our other MEP’s voting against and there is a real fear that this deal will be a very bad one for Irish Agriculture with the prospect of 50,000 tons of Canadian beef imports coming into Ireland alone. There are also fears that the deal will have an adverse effect on the pigmeat and other sectors too. With the uncertainty surrounding Brexit as well this deal is potentially disastrous for the country and is coming at a very bad time.

With regard to jobs, the employment committee in the EU have calculated that there could be up to 200,000 net job losses throughout Europe as a result of this deal which is an astonishing figure. This is not a figure dreamt up by politicians but by the EU employment committee itself. That alone calls this deal into serious question.

It is interesting to note that today MEP Mairead McGuinness is talking about safeguards that need to be put in place to protect the Irish beef industry prior to the deal coming into operation. If she feels that there are safeguards to be put in place why did she vote for the deal in the first place? I am very disappointed at our MEP’s who voted for this deal which is not in the interests of the country in general. 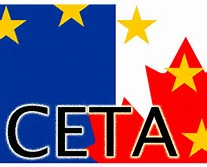