By Michael FitzmauriceFebruary 1, 2017No Comments

Raising carbon taxes by 50% will increase the price of a litle of diesel and petrol, the price of a bag of coal and the price of a bale of briquettes, and that’s only the start of it. There are further plans to introduce …new restrictions in agriculture, transport, and power generation in an effort to reduce our carbon footprint. There are also proposals to reduce the speed limits on motorways and to cut down on the number of free car parking spaces available in the bigger cities and towns around the country. Obviously people who live in rural Ireland have not been thought about when these proposals were mooted.

In many rural areas there is no proper public transport and the vast majority of people have to use their cars to get to work every day and to go about their daily business. Putting up the price of fuel and restricting where people can park for free is grossly unfair and will impact on them more than those who live in cities and who have access to proper public transport. With regard to a possible reduction in the speed limits on motorways, the official statistics show that motorways are by far the safest roads in the country with the fewest fatalities . Most modern cars have six gears now and are very fuel effecient on motorways.

The people of the country are paying over 400 million Euro in Carbon Taxes per year and that is apart from the many other taxes that we have on fuels, motor taxes other environmental taxes and levies. We have seen a reduction in school bus services over the past few years, there is talk about a reduction in train and bus routes in rural Ireland yet we see these proposals that would further reduce the ability of people in rural areas to go about their daily lives. These proposals are an attack on rural Ireland which will once again have to pay for all these changes and I will be opposing them when they are debated in the Dail chamber 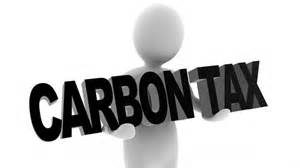