By Michael FitzmauriceNovember 24, 2016No Comments

While I welcome the fact that the status of Roscommon will not change as a result of the Boundary Commission Report published today there are conditions and changes in the report that may be a threat to the county’s status in the future and people should be very aware that this issue is not fully over with yet.

There is no doubt that the decision not to alter the actual boundaries is a victory for people power and the massive campaign that was launched in County Roscommon a…gainst the proposals and I congratulate everyone concerned with that campaign. But there are several elements in this report that would seem to indicate that the proposals are not fully shelved and may have just been ‘kicked down the road’ a bit. There are a number of strategies that are recommended between both Roscommon and Westmeath with regard to increased co-operation including a retail strategy, a full analysis for co-operation options, and a proposed merging of services which would include the HSE, IDA, Enterprise Ireland and other state and semi-state bodies. These various strategies have various time limits set for them from 9 months to 24 months. 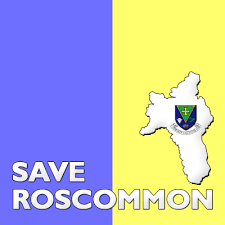