By Michael FitzmauriceNovember 14, 2017No Comments

I have been very disappointed with the lack of support from the two main parties to amendments I and others brought forward to the Finance Bill as it relates to the sale of agricultural and other land. However despite a defeat last week at the Finance Committee the battle is not over as the measures will have to come before the Dail in the next couple of weeks.
Last Thursday at the Finance Committee in Dail Eireann myself and Deputy Mattie McGrath proposed a number of amenments to the Finance Bill that related to the sale of agricultural and other land. Included in those amendments were that a rate of 2% would be charged on sales up to 300,000 Euro, then a rate of 4% between 300,000 Euro and 500,000 Euro and then 6% above that amount. We explained to the committee the problems in the sector not alone in the farming community but in rural Ireland in general where a lot of businesses in small towns and villages are closed.
For the proposals to stay the way they are will cost people an average of 8 to 12 thousand Euro in extra stamp duty per transaction. How are we supposed to encourage people to set up businesses or extend their family farms? It files in the face of normality and cop-on. It is sad that when it came to a vote Fine Gael totally opposed our plan and Fianna Fail, who are propping up the Government abstained. I want to thank Deputies Burton and Kenny who supported our amendments on the day.
It is very sad that the two main parties, who purport to support rural Ireland have given those communiiies another kick in the teeth. But this battle is not over yet. This will come back before the Dail again. We have to have our amendments in by this week and we will keep at it. I am calling people everywhere to contact their TD’s to support our amendments because if this measure goes through without amendment it will do huge damage in rural Ireland. It will also play into the hands of the big landlords and the vulture funds. 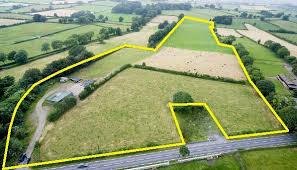