Appointment Of Maire Whelan To Court Of Appeal Is Cronyism

By Michael FitzmauriceJune 16, 2017No Comments

The sudden appointment of Attorney General Maire Whelan to the Court of Appeal this week despite the fact that she did not apply for the position and that it was vacant for three months demonstates once again that cronyism is alive and well in Government circles.

Let me make it clear that I am not in any way calling into question the ability of Maire Whelan to do the job, in fact she is eminently qualified but we were promised open and transparent competition for these appointments when this Government took office but what happened here is the complete opposite. We have not heard a word from the new Taoiseach Leo Varadkar or Minister Shane Ross who has been a vehement critic of cronyism over the years and especially since he got into Government.

It is very strange that Minister Ross who is a staunch critic of political interference in judicial appointments has had nothing to say on this matter and it is another reminder that the ‘nod and wink’ culture is alive and well in Governemnt as it always has been. It is also clear that what politicians say when they are in opposition and what they do when they get into Government are two entirely different things. 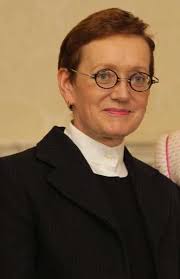