By Michael FitzmauriceApril 26, 2017No Comments

The CSO figures released today detailing water usage around the country has shown that the anti-water charges campaign has been of most benefit to the wealthiest people in the in our society.

The figures show that homeowners living in the most expensive suburbs of Dublin and other main cities in the country use far more water than people in other areas of the country. The people who live in Dublin 4, Dublin 6, and Dublin 13 are at the top of the table and these areas are where the largest and most expensive houses in the country are situated. The anti-water charges campaign who have sucessfully waged their campaign against people having to pay for their public water supply has therefore been of most benefit to those who could best afford to pay which is a strange twist indeed.

People on Group Water Schemes, who have been paying for their water for many years past will look at this latest data with interest and once again I am calling for the Government to increase the subvention to Group Water Schemes around the country without delay. It is the least that people on these schemes should expect when the wealthiest people in our society do not have to pay for their water supply. 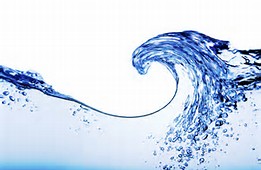