By Michael FitzmauriceJune 14, 2017No Comments

It has come to my attention that billls for water usage for farmers that are now being issued by Irish Water have increased substantially due to a new charging system which breaks an agreement which was made with the farming organisations some years ago. I am asking farmers check their bills to ensure that they are not being overchanged.
Farmers who have land in a number of locations heretofore paid one service charge for the meter and then they paid for water usage at all the locations, but now Irish Water, who have taken over the billing for farmers as they are treated as commercial accounts, are apparently charging the service charge for all the locations and it is adding hundreds of Euro to the water bills for some farmers. This flies in the face of an agreement which was made with the farm orginsations some years ago. This is a totally unacceptable move and farmers should not be used to replace funds that the Government will have to raise to pay for water services.
I have contacted Irish Water about this situation today and I am asking farmers to look carefully at their water bills to see if this extra change has been applied and I will be following up this as a matter of the most extreme urgency with Irish Water . I will be liasing with Irish Water on this matter and we cannot allow a situation where farmers are used as scapegoats to raise revenue. 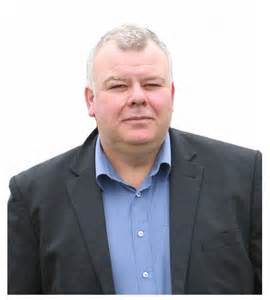