By Michael FitzmauriceApril 6, 2017No Comments

News today that the Committee on the future of Healthcare are to back a plan that would see the scrapping of tax relief on private health insurance policies beggars belief and it will lead to an average increase of 600 Euro on every existing health insurance policy. Given the make up of this committee it begs the question, just who are the so called left politicians representing any more?

We have politicians claiming that they are representing lower paid workers and ‘middle Ireland” on this committee yet they come up with a suggestion that will hammer many families who are not entitled to a medical card and who will have to fork out the huge increases on their health insurance costs if this tax relief is abolished. It will cetainly lead to many people abandoning private health insuranc altogethere and they will then be relying on the public system to look after their health needs. That woulldn’t be too bad if the public health system was functioning normally but as we know it is far from that. It is the ordinary working person who has to pay for everything that is getting penalised again. In addition to all that it would prevent many young people from joining the health insurance system because of the cost.

I would question as to who these politicians are seeking to represent any more. They certainly are not representing ordinary working people who will get fleeced once again if this proposal is agreed. It’s time that they copped on and realised that this proposal is short sighted and counter productive. It should be strongly resisted. 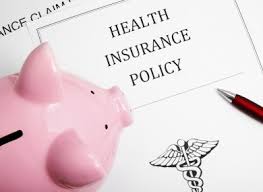